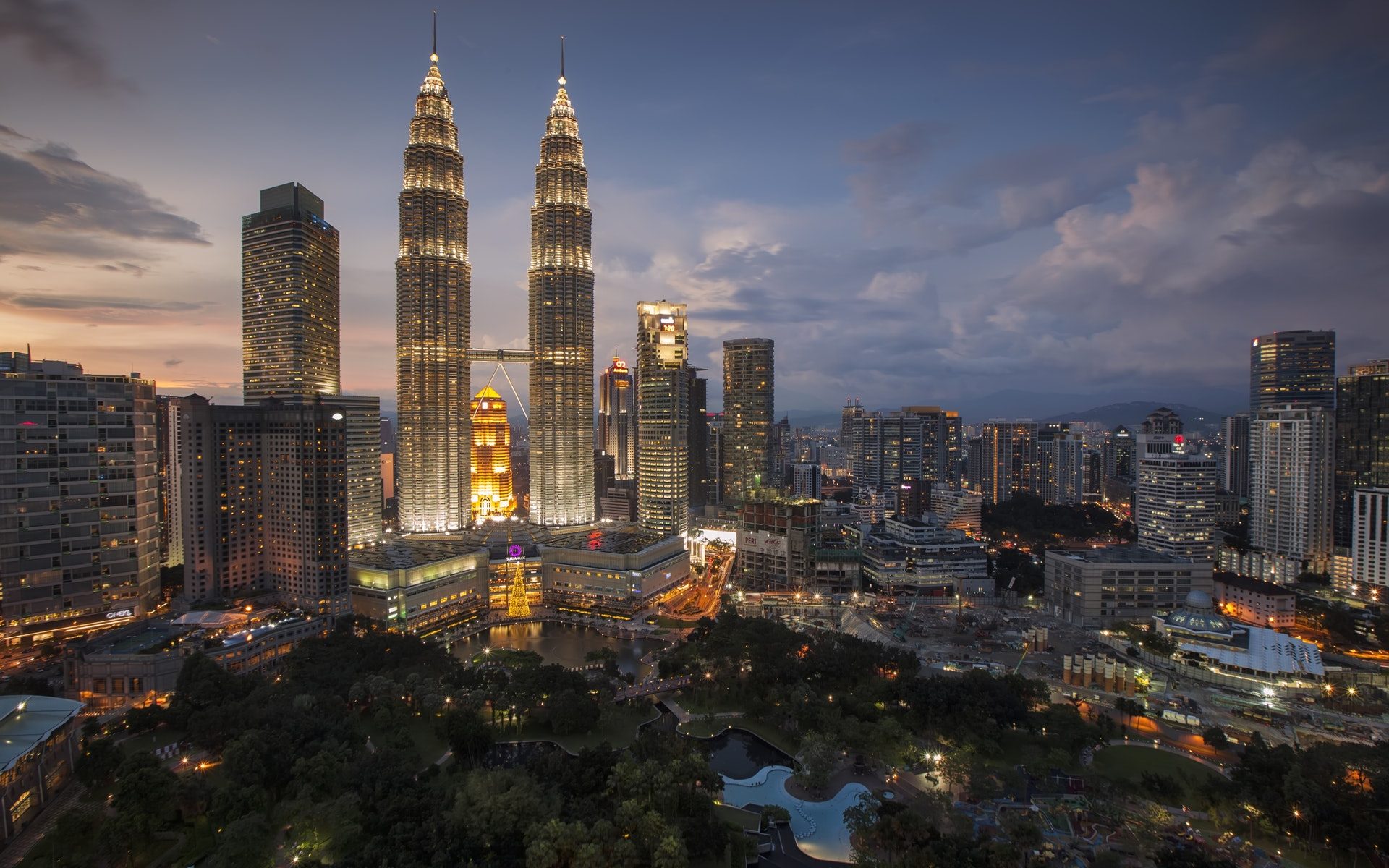 X-Pack Security vs. ReadonlyREST Enterprise Where do we stand? Side-by-side feature comparison.

ReadonlyREST has evolved very rapidly in the last year, We ticked a lot of boxes in the features list. Currently, the X-Pack security module made by the Elastic team and the ReadonlyREST Enterprise features almost overlap.

Both plugins rely on a subscription-based fee model. This model reflects the need for a continual process of keeping the services up-to-date with the latest changes in the Kibana and Elasticsearch internals and APIs, the development of new features, and the need for vulnerability research to keep these products on top of the information security food chain.

Notably though, ReadonlyREST Free, the security plugin for Elasticsearch, is free (and working under a GPLv3 license). It’s the only FOSS-licensed realistic competitor to X-Pack Security right now. Its development is entirely sponsored by the sales of ReadonlyREST PRO and Enterprise Kibana security plugins.

ReadonlyREST PRO and Enterprise security plugins for Kibana have a flat subscription model. It doesn’t matter how many nodes you have; you pay the same annual fee.

The pricing model of X-Pack Security, on the other hand, is very aggressive.  Because X-Pack Security is not sold as a stand-alone plugin but rather as one of the plugins inside of a multi-functional Swiss Army knife extension pack, the features together increased perceived value, justifying higher prices.

The graph below explains how X-Pack prices start at three times the price of ReadonlyREST, and  grow quasi-linearly as the number of nodes in your Elasticsearch cluster grow. On the same chart, you can see how the ReadonlyREST Enterprise (their most expensive Kibana security plugin) price remains constant as your project grows. 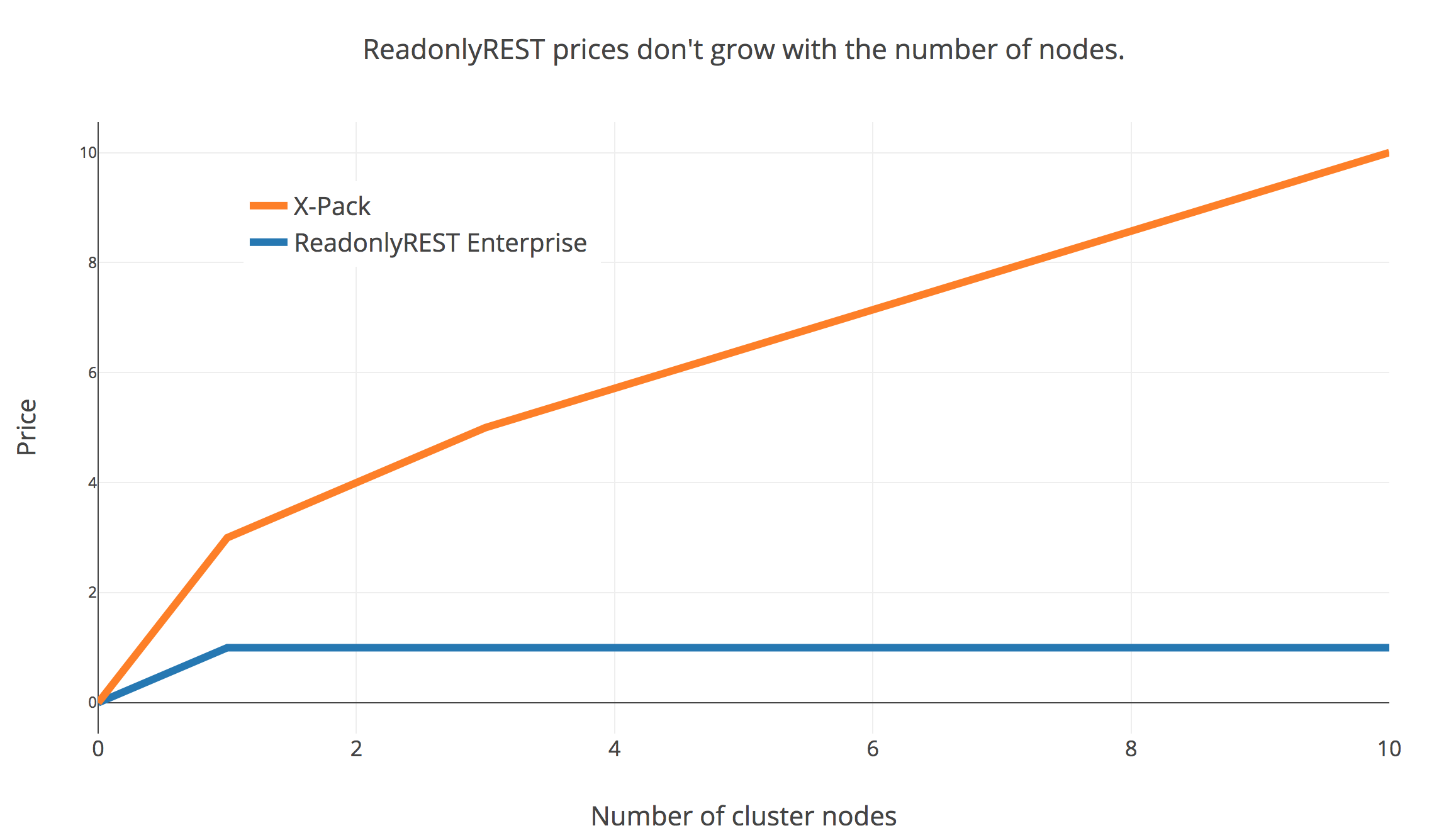 The ReadonlyREST pricing policy remains constant. Growing your nodes and number of clusters is never a problem.

Sending across credentials over plain HTTP in any form (basic auth, JWT, hashed) is risky; eavesdroppers can intercept credentials and impersonate users.

Both ReadonlyREST and X-Pack have your back, because both support HTTPS.

Although Elastic recommends enabling encryption by default, the performance cost to pay for encrypting this kind of traffic may be significant. For example, at CERN, inter-node encryption slowed things down to the point they simply gave up on it and used a firewall instead.

(*) If you use ReadonlyREST, and you still require Inter-node SSL, you can use the Apache 2.0 licensed “Search Guard SSL” plugin. Remember to disable the HTTP encryption using “searchguard.ssl.http.enabled: false” in elasticsearch.yml.

Below, we will examine the levels for which each product is able to analyze a request to compare the two solutions.

Although it is possible to explicitly block a set of IP addresses and masks in X-Pack, this action will act as a global pre-filter. That is, X-Pack will block the request before even running the RBAC logic.

In ReadonlyREST, you can use network level filtering as ACL rules. This is significantly more versatile:

The above example literally reads:

In the Elasticsearch protocol, all operations clients or cluster members can perform are internally named with a string called “action.”

Here are examples of actions:

You can explore all of the actions that are available in Elasticsearch in our documentation.

A list of actions represents the most granular, detailed way to describe what kind of operations are allowed or forbidden to a client. Making this list is exactly what ReadonlyREST allows you to do.

The creators of  X-Pack made a different design decision. X-Pack groups actions into non-intersecting sets, called “privileges.” This is a handy tradeoff, but, without the possibility to specify single actions, may be a bit too coarse grained.

Completely missing in X-Pack is control over the management of snapshots by name i.e., the possibility to give a user the ability to restore only snapshots named after them.

X-Pack settings can be changed from file, in-index settings, CLI tools, or API calls. The API is organized in a very granular way. There is an endpoint for everything. This makes it simpler for developers to integrate very specific pieces of automation into the software because there’s a smaller probability to accidentally affect other features’ settings.

ReadonlyREST takes a much simpler approach. The settings are established as a monolithic entity – an immutable object that can be loaded from file (readonlyrest.yml), loaded from index (.readonlyrest) or overridden entirely, or rejected (if invalid) via a single API endpoint.

X-Pack suffers from a fragmented interaction model. Despite the numerous ways settings can be altered, the ways are not equally potent. For example, LDAP/SAML authorization won’t work if you attempt to implement it before adding role mappings. The only way to do it is via API – i.e., with cURL instead of editing a YAML file like usual.

Monolithic settings object. Will need to submit the whole settings to change a small thing.

There is no form-based GUI to add local users/groups in ReadonlyREST like there is in X-Pack. There is only a semigraphical UI with a syntax checked and validated YAML editor.

Authentication connectors are crucial for security and for enabling seamless integration with existing enterprise infrastructures.

X-Pack requires you to implement two Java classes. ReadonlyREST delegates the task to a well-known, battle-tested reverse proxy. If Apache HTTPD, Nginx, or any other reverse proxy can handle it, we can handle it.

All in all, if what you are after is strictly a security solution for the Elastic Stack (Kibana, Elasticsearch, Logstash, Beats, etc.), ReadonlyREST Enterprise offers much more value than X-Pack for the price. And the contract includes private SLA support too.

If you need all the extras of X-Pack (e.g., machine learning, SQL, graph relationships), your only choice is to buy from Elastic.