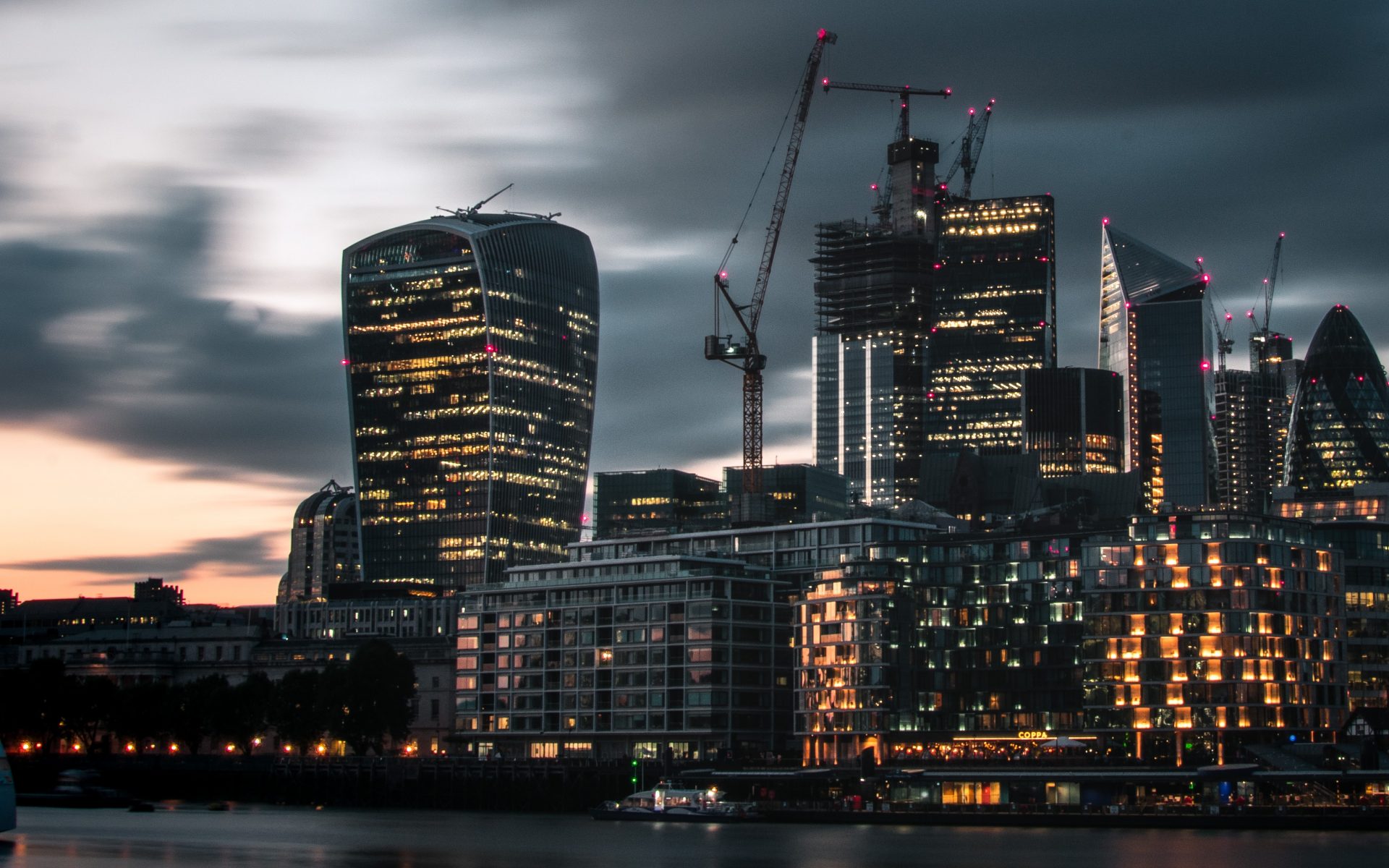 How to Set up ReadonlyREST ReadonlyREST takes the ELK stack to the next level making it enterprise ready in no time. Easily introduce granular data governance, auditing, compliance, seamless integration with LDAP, SAML, JWT, custom JSON authentication and authorization services to your ELK stack. Follow our guide to get started.

Previously called the ELK Stack (an abbreviation for Elasticsearch, Logstash, and Kibana), the addition of other tools to the product group (such as Beats and APM) invalidated the acronym and necessitated the name change. Curiously, there wasn’t a security plugin in the free tier distribution of Elasticsearch and Kibana until very recently—and even now, only the very basic security features are included.

We all know that Elasticsearch is a distributed search engine built on top of Lucene. Yet while the authors of Elasticsearch aimed to make data exploration quick and easy, they didn’t consider security until very late in its development. Authentication and access control functionalities have been missing from Elasticsearch for a great part of its history. Yet eventually, because of the growing demand and varied use cases, security is a foremost business requirement wherever Elasticsearch or its stack of technologies are used.

After introducing security as a non-free, paid for plugin in 2015, it took about four years for Elastic to release the Elastic Stack 6.8 and 7.1, which for the first time included a number of basic security features as part of the default distribution. These features include TLS encryption and user authentication with locally configured username and password. But there are many enterprise-grade features—such as LDAP and Active Directory-based authentication, SSO/SAML, and encryption at rest—that are still only available for high-ticket paying subscribers of Elastic gold and platinum support tiers.

The ReadonlyREST Free for Elasticsearch security plugin is released under the GPLv3 Free Software license, and it’s been available since 2013 (two years before the official Elastic’s security plugin).

The last addition to ReadonlyREST products is ReadonlyREST Embedded (a commercial dual-license for the Elasticsearch plugin that involves a yearly licensing fee). It’s substancially the same code of ReadonlyREST Free for Elasticsearch, but the nature of the commercial license makes it possible to use ReadonlyREST technology in commercial products (whitelabeling). A detailed documentation of this plugin can be found here.

The core of the ReadonlyREST Free plugin for Elasticsearch is an ACL engine that checks each incoming request through a sequence of rules, similar to a firewall. There are multiple rules that can be grouped in sequences of blocks to form a powerful representation of a logic chain.

The following diagram models an Elasticsearch instance with the ReadonlyREST Free plugin installed, configured with SSL encryption and an ACL with at least one “allow” type ACL block.

In addition to Elasticsearch’s capabilities, ReadonlyREST provides the following:

When it comes to securing Elasticsearch, there are not many choices. Apart from the ReadonlyREST Free plugin for Elasticsearch, users have two other options:

Note that the Nginx reverse proxy is no longer recommended because:

In contrast to these solutions, ReadonlyREST offers several advantages, including:

Points to Consider Before Starting

The most important thing to consider before integrating ReadonlyREST into an ELK cluster is the version compatibility between Elasticsearch and the ReadonlyREST plugin you are using. So, before downloading a plugin, choose the correct version of the ELK stack you are running. If you have a cluster with more than one node of Elasticsearch, there are two options for integrating the plugin:

Download the ReadonlyREST Free plugin for your Elasticsearch version, click here. After selecting the product type and Elastic Stack version, simply enter your email address to receive the download instructions. The same steps are required for the PRO and Enterprise Kibana plugins.

Important: If you are using ELK Stack version 6.3.x or greater, you need to disable Elasticsearch’s default X-Pack security module. This is because it can’t run together with ReadonlyREST. To do this, just add the following parameter inside both elasticsearch.yml and kibana.yml:

Installing and Configuring the ReadonlyREST Free Plugin for Elasticsearch

In this section, we will show you how to configure basic HTTP authentication in Elasticsearch using the ReadonlyREST Free plugin. Once the settings are applied, Elasticsearch will return a “401 Unauthorized ” error message in the case of wrong or missing credentials.

1. Navigate to your Elasticsearch home directory and install the plugin using the following command:

During installation, the plugin will show a warning message and ask for additional permissions. Continue the installation by pressing the “y” key, as shown in the following screenshot.

3. Disable the X-Pack security plugin by adding the following parameter inside the elasticsearch.yml file:

4. Create and edit a file inside the Elasticsearch config directory, right next to elasticsearch.yml:

5. Now write some basic settings, as shown below:

7. Test if the authentication was successful by executing a GET request.

All of the authentication parameters and rules are written in the readonlyrest.yml file. In the previous steps, we created a basic authentication using a username and password in plain text format. If you want to create multiple users in a similar way, simply add the similar settings to the file. It will look like this:

In this case, make sure that the name parameter is unique for each block.

The ReadonlyREST Free plugin requires your certificates in Java KeyStore (.jks) format. You can also use Let’s Encrypt certificates by converting them into Java KeyStore. For testing purposes, you can generate a self-signed certificate using the following command:

Here is how to enable encryption:

1. Open the elasticsearch.yml file and add the following:

2. Copy your keystroke.jks file inside the Elasticsearch config directory, parallel to the elasticsearch.yml file.

3. Add the SSL settings to the readonlyrest.yml file. The complete file should now look like this:

Important: You may get an error that says “curl: (51) SSL: no alternative certificate subject name matches target host name ‘localhost.’”

Note that as the error message said, access to Elasticsearch is insecure. Therefore,  you shouldn’t use this option in production, since it allows self-signed certificates.

We assume that you already have SSL and basic authentication available inside Elasticsearch (as explained in the previous section), and that you are now ready to ship data from Logstash to Elasticsearch.

To do this, edit the Logstash configuration file and fix the output block as follows:

Similar to the Logstash process, here you just need to enable the HTTPS protocol and add the Elasticsearch username and password inside Metricbeat’s output block:

If Elasticsearch is protected with basic authentication, you need to add a username and password in the kibana.yml file using the following parameters:

The Kibana server requires these settings in order to perform maintenance on the Kibana index at startup. Your Kibana users still need to authenticate with Elasticsearch while accessing the Kibana UI in the browser, which is proxied through the Kibana server.

In this post, we discussed what Elasticsearch offers in terms of security. We also explored the many features of ReadonlyREST’s plugins, with a special focus on how to set up the ReadonlyREST Free plugin for Elasticsearch.

In the  next one, we will explore how to write sophisticated ACL rules for securing indices and Elasticsearch APIs, along with document-level and field-level security. We will also discuss how to avoid using a plain text username and password by utilizing industry standard encrypted authentication, such as SHA-256. Additionally, we’ll look into advanced authentication configurations such as LDAP and SAML.